My grandparents live in Matsue, a city in Shimane Prefecture in western part of Japan, and I pay them a visit about once a year. I’ve always known about a famous hot spring town nearby, called Tamatsukuri Onsen — but haven’t actually had the chance to stop by and see for myself what it’s like. So, you can easily imagine how excited I was when I found out I’ll get to spend a night at one of the finest ryokan (Japanese-style inn) in this historical onsen town.

Tamatsukuri Onsen is known as one of the oldest onsen in Japan, and is said to have been established over 1,300 years ago during the Nara Period (A.D. 710–794). In “Izumonokuni Fudoki,” compiled back in 733 A.D., there’s a part that describes the onsen like this: if you bathe once, your skin becomes younger; if you bathe twice, it fixes any health issues you may have. Hence why it has come to be called the “onsen of the gods.” Today, its outstanding beautifying effects are widely known and attract many visitors – especially women – from across the country.

It was toward the end of June when I visited Tamatsukuri Onsen. I spent a night at “Kasuien Minami,” one of the most popular ryokan in this onsen town.

From the moment I got off the bus, I loved what I saw — everything was traditional, yet not too much. In other words, it was at a comfortable level of “traditionalness.”

The lobby was spacious and surprisingly cozy, with large, comfy sofas, and just the right amount of sunlight coming in.

From where we sat down, we could see part of the famous garden. I have to admit, I actually didn’t know that the garden at Kasuien Minami consistently ranks among the top gardens in a ranking conducted by the “Journal of Japanese Gardening,” a bi-monthly journal published in the United States. That is actually quite amazing, considering this garden is merely a part of a ryokan — not a park. 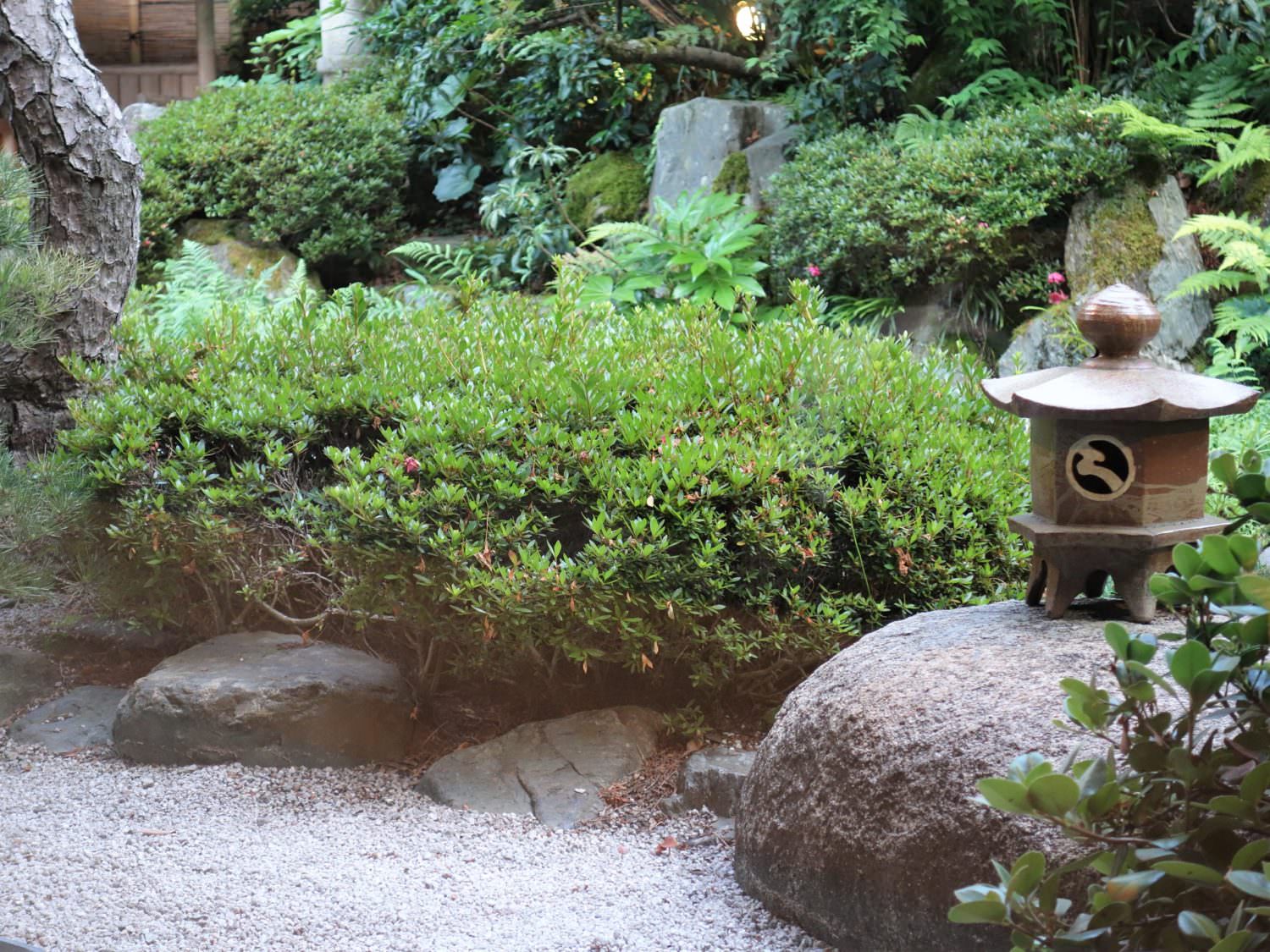 Unfortunately, though, we arrived at Kasuien Minami in the evening and left early the next day — meaning, I didn’t have time to stroll in the garden. Apparently, this is how it looks like in the twilight hours… So, if you’re interested in Japanese gardens, be sure to check it out!

At the lobby, we were served a welcome dessert — ginger-flavored gelee — and a soothing cup of tea. Such a wonderful treat after walking around in the heat and moisture of the rainy season for almost the entire day.

After receiving our key, we walked toward our room, passing by a souvenir shop selling many food, sweets and goods from all across Shimane.

We took the elevator up to the fifth floor, where our room was located. The hallway was quiet and giving off a relaxing feeling.